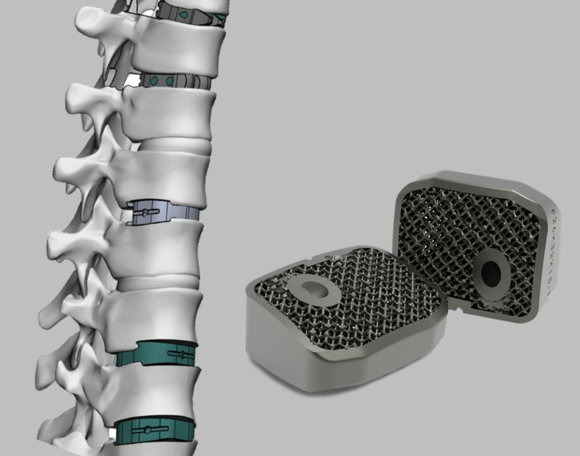 For the first time in large Russian clinics, patients with spinal diseases were fitted with individual additive cages from Pozvonoq, a joint project of the North-West Technology Transfer Center (NWTTC) and the "Ortoinvest" manufacturing company. NWTTC is a part of the investment network of the Fund for Infrastructure and Educational Programs (FIEP) of the RUSNANO Group. The use of 3D-printed Pozvonoq cages has become an alternative to technologies for non-dynamic stabilization of the spine by fusion of the lumbar vertebrae (OLIF, ALIF, TLIF). The company is ready to replace half of the imported cages currently used for operations in Russia.

Intervertebral cages (interbody implants) are widely used in the surgical treatment of patients with complicated degenerative pathology of the spine (osteochondrosis) in the form of spondyloarthrosis, stenosis of the spinal canal, instability of the spinal segments, when the removal of deformed intervertebral discs is required. Traditional technologies involve the use of bone and polymer cages with a limited range of standard sizes; therefore, 3D printed ones are becoming more widespread, which can be matched almost perfectly, which will improve the patient's quality of life. The purpose of the cage installation is to stabilize the spine after the performed decompression (release of the nerve structures) due to spondylodesis, i.e. fusion of the vertebral bodies. During the operation, the damaged intervertebral disc is replaced with a hard cage with bone tissue, which holds one vertebra over the other at the required distance, fixing the damaged segment of the spine. Over time, the vertebrae grow together through the holes of the cage into a single bone block. Already on the second day after the operation, the patient can get up, and in less than a week he is discharged home. With correct installation and adherence to the correct movement regime by the patient, the cages do not require replacement throughout life. Now in Russia, about 10 thousand operations are performed annually using foreign-made intervertebral cages, made mainly by traditional methods, Pozvonoq is ready to replace up to half of this need with its products."In 2021, 450 standard sizes of our serial products will enter the market and will be available for purchases at any clinic. The presented assortment covers the entire range of products for interbody spondylodesis and various surgical techniques for its implementation." - told the director of the company Pozvonoq Olga Voblaya. 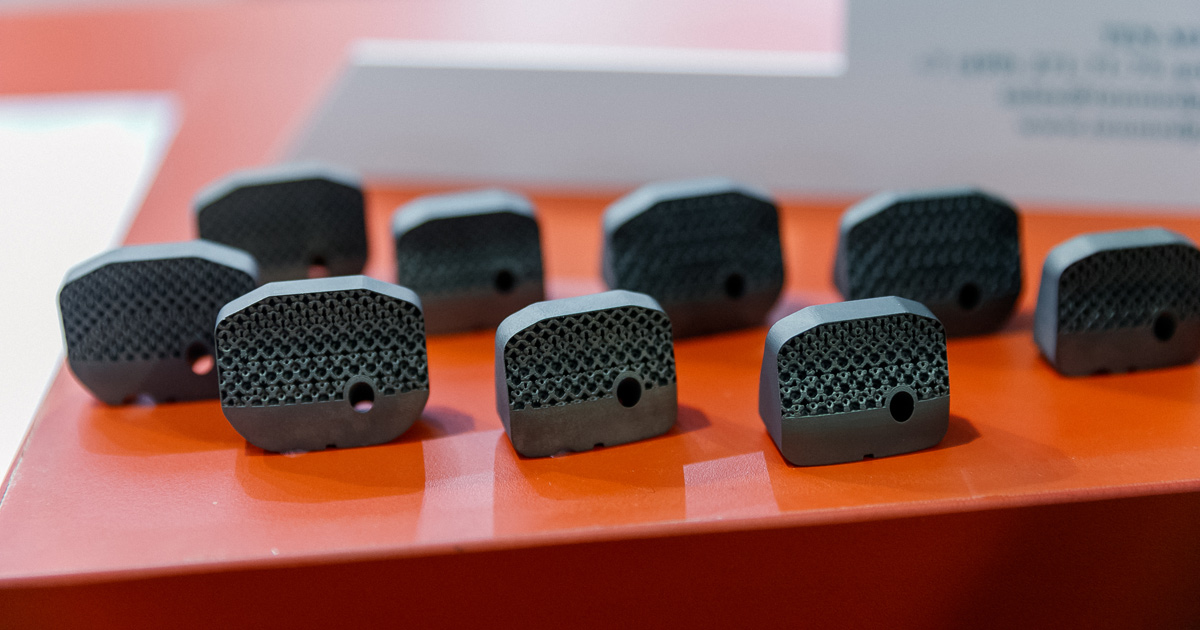 3D-printed intervertebral cages have been installed in patients in the USA, Great Britain, Germany since 2017; by the beginning of 2020, more than 20 thousand such operations were performed. 3D-printed endoprostheses are also widely used for the reconstruction of bones and joints after severe injuries and cancers.

The development of Russian additive cages began at the beginning of 2018: based on world experience, the optimal geometry and structure of the implants were selected. Each cage is modeled according to a special algorithm, taking into account the individual anatomy and the nature of the patient's pathology. Medical Additive Products are made from a fully biocompatible certified titanium alloy. 3D printing technology allows to create a cellular structure for better integration of the titanium implant with the patient's bone tissue.

Experts from the Russian Scientific Research Institute of Traumatology and Orthopedics named after R.R. Vreden (RSRI of TO) in St. Petersburg were among the first to use Russian additive cages. In addition, the Center has a number of its own patents in this area. President of the Russian Association of Spine Surgeons, Academic Adviser, Head of the Department of Spinal Pathology and Bone Oncology at the RSRI of TO n.a. R.R. Vreden, Head of the Department of Traumatology, Orthopedics and Battlefield Surgery at the North-Western State Medical University n.a. I.I.Mechnikov, Doctor of Medical Sciences, Professor Dmitry Ptashnikov sees great prospects for improving additive technologies and is confident in expanding the scope of their application in surgery. "This technology is a modern Russian promising elaboration. Already now, it shows excellent results, allowing to adapt implants to the anatomical features of a particular patient and achieve the necessary orthopedic and clinical results with a minimum number of fixed spinal segments. 3D cages have proven themselves in the treatment of the entire spectrum of pathological conditions in spinal pathology - from trauma and degenerative conditions to spinal tumors. Further studies on changing the porosity and plasticity of the material will contribute to their early engraftment and reduce the frequency of nonunion.", - confident Professor Dmitry Ptashnikov.

Surgeries using new cages are regularly performed at the Privolzhsky Research Medical University (PRMU) in Nizhny Novgorod. Researcher of the neurosurgery group at PRMU, Doctor of Medical Sciences Andrey Bokov noted:"The Pozvonoq cage wins competition with other manufacturers due to its geometry, which greatly facilitates anterior lumbar interbody fusion, even for patients with a body mass index over 36. The size range also includes hyperlordotic cages that allow the correction of degenerative deformities from the anterior approach, which is an innovative global trend. It is also possible to supply (design and produce) individual cages for specific features of the spine structure in a particular patient. Moreover, prompt shipment of these implants should be noticed. The production of cages is organized in Russia, which will make them less dependent on currency fluctuations. The developed implants are competitive with analogues of foreign and domestic manufacturers not only due to quality, but also because their cost is lower than that of most well-known manufacturers."

The necessity to use additive technologies in spinal surgery is also noted by specialists from the National Ilizarov Medical Research Center for Traumatology & Orthopedic, where, since 2018, a major study has been carried out on the effectiveness and use of 3D-printed interbody implants to stabilize the spinal-pelvic joint, as well as to replace large bone defects.

"The main advantages of additive cages is the ability to manufacture and use them, taking into account the nature of the pathology, individual anatomy and parameters of the bone tissue of a particular patient. Extremely important production aspects should be a well-developed preoperative planning protocol and a short production cycle from a 3D digital model to a finished individual product. Moreover, among the medical advantages, the high quality of the product, safety, preliminary good biocompatibility should be noticed. In addition, the low cost of the product determines good marketing prospects for these implants and allows to hope for a wider application of technologies with proven efficiency in our country." - convinced Deputy Director for education and cooperation with the regions, Head of the Clinic for Spinal Pathology and Rare Diseases at the NIMRC for TO n.a. academician G.A. Ilizarov (National Ilizarov Medical Research Center for Traumatology & Orthopedics), Doctor of Medical Sciences Sergey Ryabykh.

The Pozvonoq startup of the North-West Technology Transfer Center and the Russian manufacturing company "Ortoinvest", which specializes in the development and production of power equipment and implants for traumatology and orthopedics, plans to start production of serial 3D-printed cages in 2020. Engineering is carried out by CML AT Medical, 3D printing is performed by TEN MedPrint from the TEN Group of "TechnoSpark" Group of Companies. The distributor is Altermedica, one of the leaders in the distribution of implants and endoprosthesis in Russia.